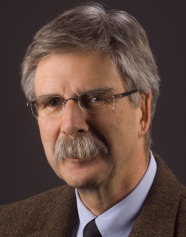 Herbert Kronke is Emeritus Professor of Law and former Director of the Institute of Comparative Law, Conflict of Laws and International Business Law, Heidelberg University and Arbitrator at the Iran-United States Claims Tribunal in The Hague. From 2010 to 2012 he was Dean of the Faculty of Law. From 1998 to 2008 Professor Kronke served as Secretary-General of UNIDROIT.

He received his academic education in Germany and the United Kingdom. Following graduation and bar exam he took a Dr. iur. degree from the Faculty of Law, University of Munich. After various years as fellow of the Max Planck Institute for Foreign Private Law and Private International Law in he took a Dr. iur. habil. (= postdoc.) degree. He taught and did research as Visiting Professor in Brazil, Canada, China, Greece, Hungary, Italy, the United States of America and at the Hague Academy of International Law. In 2006, the Law Faculty of the Eötvös Loránd University, Budapest (Hungary), conferred the degree of doctor et professor honoris causa upon him. In 2013, the International Hellenic University in Thessaloniki (Greece) conferred the degree of doctor honoris causa in sciences upon him.

Professor Kronke is author of more than 150 books and articles in the fields of the law of contracts, commercial law, company law and capital markets law, conflict of laws, international civil procedure and arbitration.